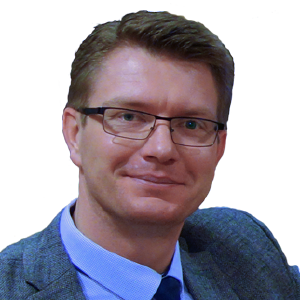 Maciej Cader is a graduate of the Faculty of Power and Aeronautical Engineering at the Warsaw University of Technology (diploma in robotics, in 2008). In 2012, he was awarded the title of Scientific Research and Development Manager at the University of Economics and Innovation in Lublin. He defended his doctoral dissertation in 2016 at the Faculty of Mechanical Engineering and Aeronautics at Rzeszów University of Technology. Since 2008, he has been employed at the Industrial Research Institute for Automation and Measurement PIAP in Warsaw, where he holds the position of: Head of the Laboratory of Rapid Prototyping and Computational Simulations, Cooperation Coordinator with the mining, energy and petrochemical industries. He also holds the position of the Secretary of the Scientific Council of the PIAP Institute. Maciej Cader’s professional and scientific activities focus on two main areas:

• mobile robotics targeted at work in harsh environments that are hazardous to human health and life, including potentially explosive areas.

Since 2009, Maciej Cader has been successfully establishing cooperation with various scientific centers in Poland: Warsaw University of Technology, Cracow University of Technology, Wroclaw University of Technology, Institute of Innovative Technologies EMAG, Rzeszów University of Technology, and since 2016, also with the AGH University of Science and Technology in Krakow. He acquires his experience mainly through active participation in R&D projects. Since 2018, he has been establishing permanent R&D cooperation with research centers in Europe and in China. Thanks to activities in the areas of additive technology and robotics in hazardous areas, Maciej Cader since 2009 has established cooperation with business entities operating in the heavy industry sectors: Central Mining Rescue Station S.A., Eurol Innovative Solutions Sp z o.o (until 2010), 3D Scale, and later - from 2014 - with KGHM Polska Miedź S.A, PKN ORLEN, TAURON, PGE Bełchatów. As part of the cooperation, he participated in numerous study visits, field trials and tests which were subjected to structures developed in PIAP - primarily mobile robots. In addition, Maciej Cader is the author and co-author of over 130 publications, one monograph and several patent applications and two patents with Polish and international range (38 European countries). Speaker at the TED conference, where in 2011 he presented an innovative vision of ocean clean-up after oil spills.